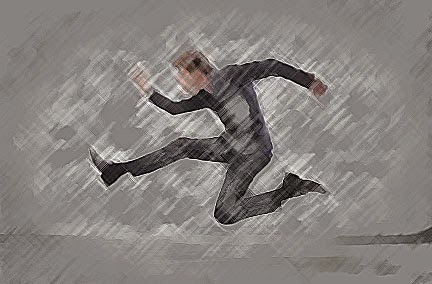 Having doing Product Management for many years I found myself recently in a bit of a slump - at some point I reached a threshold where what I was doing just wasn't very satisfying. This was due to several factors:
So in total, my overall morale had been low. So what to do about it? In my case I became more active in activities set to expand the mind - and no I'm not talking about mind-expanding drugs. I started to go to local industry meets (it's helpful if your company is part of the local tech scene - in Atlanta there's the Technology Association of Georgia (TAG) which is helpful as there are always meetings by various associations going on - I joined the Product Management association within TAG). But don't limit yourself there. I also joined the local ProductCamp and started to go to the yearly unconference and at some point will participate in presentation. But getting involved in those two groups was like having an appetizer during a nice meal - you want more! Besides the local, more formalized groups, look at MeetUp and what it has to offer. What to do?

My suggestion is to expand outside of your normal circles - start on the technology side and move outward - see where it goes. I have a firm belief that from a product management perspective, anything that we do to further a product should be first supported by good data. If you don't have data how do you know that what you're doing meets what the market wants, or through extrapolation, what the market could want (emerging or untapped markets)? Everything that we do as technologists should be supported by data. So what's more natural than to get involved in the local data groups? I joined both the Microsoft BI group and the Data Scientist ATL group - the former is a bit more on the technical application side while the latter is more about theory and the procedure/process of collection and filtering. Both are interesting in different ways and a byproduct is that you will meet people that may not be in your normal circles. I really enjoy both groups and they have expanded my horizons. The latter group is also very social - I think this is an important aspect of what we do as technologists that becomes lost in all the work we become saturated within - meeting people at a more casual level lets the mind explore new possibilities.

An example - during the last Data Science ATL meetup I met several new people - one was a consultant who really liked to connect people of similar mindsets to each other to promote technology and innovation; the second was a php UI developer (Not a group I normally associate with); the third was a data scientist. All three were co-mingling, having snacks and a couple of beers with discussions roving all over the place: work, technology, possibility, networking - you get the idea. Somehow I got into a discussion regarding SpaceX and what Elon Musk is doing in the private sector and this got things rolling into what new innovations along those lines were being explored here in Atlanta. The result was unobstructed idea flow, laughter and an expansion of awareness. It's also how the beginnings of an idea happen - often through casual conversation - you just need to find the right people to involve in those conversations.

Taking some of the thinking regarding these groups and what I found there, I started my own MeetUp group - this one around Socal Business application (meaning the application of social networking tools to the enterprise) - something that interests me. I've had one meetup so far with a little over half attending. It's a start and it gets things going - if nothing else it gets my own mind moving. Details about Atlanta Social Business Product Management. If you look at my last couple of posts you'll see reference to the MeetUp and what this topic is all about.

So where does this take you? I don't think it matters - what matters is getting your mind into new situations and possibilities so you aren't so buried in the day-to-day grind of achieving sprint goals. Step away from your desk occasionally and have a conversation with those in your office you don't normally interact with. Join your office leadership committee or volunteer to help plan office events. Do things to break up your normal activities so the job doesn't wear on you and you'll be glad you did - your employer will be too (as long as you don't do anything to get arrested!).

John Eaton
I've been writing about stuff that interests me for many years, initially with some free web space provided by my ISP back in the 90's and continuing with various blogs and websites today, separated by interest. Many I haven't touched in a few years due to time constraints but the subjects are still on my mind.